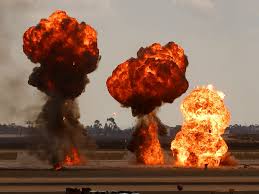 What can blow up in your portfolio?

That’s the question investors should ask when assessing portfolio risk, rather than focusing on volatility. Speaking at a speaker event organised by Indian Association of Investment Professionals (IAIP), Raj Manghani, the Managing Director – Financial Analytics for MSCI, explained scenario analysis and stress testing.

Testing the ability of a portfolio to withstand shocks in liquidity, markets and the economy has become a tool of choice for asset managers, financial institutions and regulators. The usefulness of a stress test turns on judgments about conditions to be simulated and the models that apply those inputs across multi-asset class portfolios. Manghani quoted a report in which the firm describes a framework for thinking about scenarios and explore a number of stress points that form the basis for scenarios as investors evaluate their portfolios.

Forward-looking stress tests need to start from a baseline. The first step infers, from current market levels and recent changes, both the aggregate view of investors on the state of the economy, and the likelihood of “known unknowns” occurring. The second step defines both an adverse and positive scenario based on current market assumptions. The last step models in detail a subset of issues that is most relevant for each investor’s portfolio.

Downside risks to global investors abound. Below is a list of scenarios to consider as investors continue to evaluate the impact of stress points in 2016.

Such scenarios could spur investors to seek safety, leading to a reversal of rate trends in the U.S. and sending yields on Treasuries below zero. Stocks in emerging markets would fall to their lowest levels in decades.

Portfolios with the following exposures may be most vulnerable:

Manghani explained the outcome of Brexit in two possible scenarios –

As per recent statistics, half of the UK’s exports go to EU and EU accounts for 15% of the UK’s GDP. Brexit would have repercussions on equity, bond and currency across the globe depending upon which country is how far from Britain in terms of economic distance. For example, Germany would have the maximum impact of Brexit among all the nations of the world due to its dependence on UK. India, on the other hand was among the farthest nations in terms of economic distance from EU. Hence, a 100% loss to UK economy would only transfer 1 basis point of loss to the Indian economy. He showed that India stood to have -0.2% impact on its economy over a period of one year under moderate scenario.

On the other hand, under complete EU disintegration, a pessimistic worst case scenario, India stood to lose -2.2%. Consider this result with the Indian market reacting by -4.7% over a day, i.e. 24 June 2016, wasn’t it an overreaction? It definitely was! While outlining the pessimistic scenario of EU contagion, the MSCI model assessed the impact on the real economy including logistic and legal problems of Brexit, capital flight and financial systemic distress. Under this pessimistic scenario, the model projected a GDP growth of UK at -4.3% which would lead to UK equity market falling to -22.4% and UK Government bond yield falling to -0.65%. Overall, the impact of Brexit would be more painful for EU nations than it would be for Japan or the USA.

Whatever transpires, thinking through scenarios becomes practical when investors connect observations about the world with a set of risk factors their portfolios are exposed to.

Scenarios, stress tests and strategies for 2016

Rise of populism: Impact on portfolio returns and allocations Why you shouldn’t invest in 5-star rated mutual funds