What kind of people make good fund managers? While everyone should be interested in this question, there is surprisingly little research on this topic. Dr Jack Gray talks to Hansi Mehrotra about his efforts and findings.

While the general perception may be that investments is about numbers, investment professionals everywhere agree that money management is a people business. So it’s surprising that there isn’t more research on whattypes of people should manage money. Dr Jack Gray, a professor at the Paul Woolley Centre for Capital Market Dysfunctionality at the University of Technology in Sydney looked into this question. The conclusion – the right temperament is more important than intelligence.

Indeed this insight came from no other than Warren Buffett, who claimed that high IQ and investment success are not correlated. Buffett would rather than swap 20 IQ points for a better temperament. Gray says that Buffet has been quoted as saying that ‘once you’re above the level of 25 i.e. you have ordinary intelligence, what you need is the temperament to control the urges that get other people into trouble in investing.’

Indeed Gray believes that Buffett himself is not of the highest intelligence but has street smarts. Charlie Munger is probably more intelligent. Gray wasn’t sure if the pair was more effective because they were a pair.

Buffett’s mentor, Ben Graham, also had a similar view when he was quoted as ‘the main point is to have the right general principles and the character to stick to them.’

Digging deeper, Gray agrees that these comments need to be taken in context of how to define investment success. Being in the institutional investments space, he’s interested in long-term outperformance. And he defines temperament as the combination of a person’s emotional, mental and physical traits that contribute to his character; essentially his nature.

Gray says there are two questions, the answers to which would help in a practical sense –

Having combed through a lot of the academic literature and books by influential investors, Gray concludes that successful investors are likely to show more of the following characteristics –

Gray believes that the temperament needed for success in long-only equity management is likely to be very different (though not quitre the opposite) to that needed for short-biased trading-oriented management. His observations was those who succeed in the former tend to be relatively uncritical and optimistic; in the latter, skeptical and pessimistic.

Interested by people typology, Gray studied one which divides people into ‘hedgehogs’ who view the world through the lens of a single defining and usually substantial idea and ‘foxes’ who view it through multiple lenses. He believes that both are needed for investing, but only the former tend to get hired.

Indeed he believes the industry should hire more non–financial people who have the right temperament and skeptical attitude. He quotes the example of Winslow Jones who created the first ever hedge fund who was a sociologist. One of the best analysts to work for Jim Chanos, a famous short-seller, is an art historian. “She had no formal business school training. She was so good because she was very intellectually curious. She was never afraid to ask why … This is almost something that you can’t train.”

Gray believes cultural change is needed to recognise, support and reward people who think differently. He cites Charlie Munger to whom having different mental models is the most important thing in investing, because they expose new opportunities and drive a dialectic of risk.

He also quotes the anthropologist and investment banker Karen Ho: “Capitalist organizations are not simply motivated by profit or governed by rational actors. They are sociocultural organizations with complex contradictory world views.”

The investment industry should adopt a strategy of mental and temperamental heterogeneity. That will require another Buffett-style trade: swap much of the prized but value-detracting ‘comfort’ for the much-avoided but value-enhancing ‘courage.’

Guide to Wealth Management in India 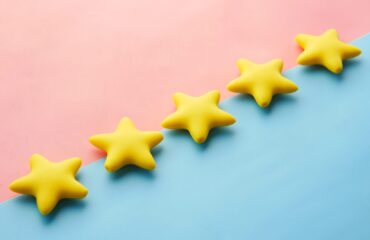 The market for private wealth