As outlined in the value proposition article, it is hard to estimate the size of the private wealth management industry for a number of reasons.

Some firms include their affluent customers in their publicly available figures for AUA and revenue which is a bigger and more crowded segment. Private wealth firms compete with numerous other types of players for the affluent customer. Banks have an inherent advantage as they already have a relationship with their customers – and can differentiate between them based on their bank balances and transaction values. Yet interestingly, banks don’t reveal the break-up of their figures between these two segments.

On the other hand, some firms include services other than pure wealth management, such as lending, broking etc while others include asset management as part of their wealth management figures. For example, private wealth firms that evolved out of securities firms seem to have a significant proportion of their revenues coming from brokerage.

Having laid out the difficulties, we will look at the global industry and attempt to size the Indian industry in very broad terms.

Revenue is driven by the ‘assets under management’

Since the primary way to calculate revenue is asset-based, the relevant metric is referred to as ‘assets under management’ (AUM). The global wealth management industry aims to charge about 1% i.e. 100 basis points per annum on the AUM. The actual yield has been lower – around 70-80 bps. This is higher than asset managers for traditional asset classes (debt and equity) but lower than those for alternative asset managers.

Revenue margins have been shrinking and are now at 73 bps of AUM in Western Europe, partly due to the lower-margins ultra high net worth segment, compression in discretionary and advisory mandate margins and the low interest rate environment. Costs have increased across the value chain. While private banks tried to find higher margins in internally managed asset management products, the profit pool for private banking in Western Europe fell to 13.3 billion Euros and the aggregate profit margin to a low of 21 bps. The AUM per adviser stands around 225 million while revenue around 1.65 million Euros.

Oliver Wyman, a specialist consulting firm in financial services, estimated the market size for wealth to be around $136 trillion, with more than half being in the HNW or private wealth segment. This implies a global revenue pool of around $ 70 billion for the HNW segment.

BCG estimates the global pool for wealth management to be around $235 billion with Asia making up only USD 28 billion i.e. 12% of the global revenue pool. However, it’s bullish about growth prospects, forecasting a compound annual growth rate of 11.6% from now until 2025. It also mentions liabilities as an unfulfilled opportunity with WMs only servicing 41% of the liabilities of HNWIs.

BCG had placed India only behind China, as wealth markets that are likely to show fast growth.

In its Asian Wealth Management Report, McKinsey estimates the share of the private wealth segment as roughly half that of the total Asian wealth management revenue pool of about $90 billion as at year-end 2019.

The following charts show the breakdown of costs for Western European private banks. Costs of sales & marketing roughly balance out the operating costs while investment management appears to show benefits of scale.

The Indian private wealth management industry is barely 15 years old with some firms having started around the turn of the century but most in the bull phase of 2007-2008. The following is a very brief summary of the firms and individuals who have built this industry.

Kotak Wealth is probably the most established private wealth brand in India. Amongst the Indian banks, Kotak Mahindra Bank has been the most consistent in its private wealth strategy and hence, built the largest assets under advice. Not only has its private bank been branded and managed separately as Kotak Wealth under Jaideep Hansraj, it’s also been offering a family office service for many years, led by Rajesh Iyer (who is now at ICICI Bank). The website now mentions Oisharya Das as the CEO – Kotak Wealth Management. Its annual Top of the Pyramid report has been publishing trends based on HNW surveys. More recently, Kotak Wealth has partnered with Hurun to publish India’s top 100 wealthy women.

HDFC Private Bank has also been reasonably successful in building a brand image and assets under advice but with a less consistent approach (than Kotak). Until 2020, the Private Bank was led by Abhay Aima. Rakesh Singh has taken over though Sampath Kumar leads third-party products.

The ICICI Bank group has two private wealth offerings, one through the bank (ICICI Private Banking) and another through the separately managed and listed securities firm (ICICI Securities Private Wealth Management). The bank has kept a very low profile throughout its existence with its senior management not even mentioned on its site. On the other hand, the ICICI Securities business was much more visible when it was first set up and led by Ashish Kehair (now at Edelweiss). The business is now led by Anupam Guha.

State Bank of India and Bank of Baroda have built significant private wealth businesses having launched a couple of years ago.  Axis Bank and IndusInd Bank have launched their private wealth offerings within the past 12 months, during the Covid-related lockdown period. Both claim to be ready with the offering.

One of the oldest private wealth management firms started life as DSP (part of an Indian securities firm), got acquired by the global securities giant Merrill Lynch in 2006, which itself then got acquired by Bank of America. Then in 2015, the firm was acquired again by the Swiss private wealth firm – Julius Baer. Atul Singh (now at Validus) led the firm for a few years; it is now led by one of its senior most relationship managers, Ashish Gumashta and has the distinction of the largest foreign bank-owned wealth firm in India.

The Indian private wealth firm industry was started in the late 90s and early 20s by foreign banks, such as Citibank, Standard Chartered, Deutsche, ABN Amro etc. Another wave came around 2007/08 with the entry of BNP Paribas, Barclays, Credit Suisse and Morgan Stanley, RBS Coutts, UBS.

However, many foreign banks have back-tracked. While Citi Private Bank has been around for a while, first led by Tashwinder Singh, then Sameer Kaul (now at TrustPlutus), it’s better known for its affluent brand – Citigold. Citi has put its whole Indian business up for sale as part of a larger pull back from international markets.

Standard Chartered is also better known for its affluent service having scaled back the private bank after the exit of Soumya Rajan (now at Waterfield) in 2010 and Sandeep Das (now at Barclays) in 2018. Ajay Bagga led Deutsche’s private wealth for a few years. ABN Amro was rolled into RBS Coutts in 2013, which then went through a management buy-out in 2015.

Today, Barclays, Credit Suisse and Deutsche do offer private banking in India but with seemingly much lower profiles than before. DBS has an Indian presence but doesn’t appear to have a local private wealth offer.

The majority of the dominant private wealth firms have evolved out of securities i.e. stockbroking firms.

In the boom times of 2007-2008, Rashesh Shah of Edelweiss and Nirmal Jain of IIFL also looked to diversify their growing businesses. The former set it up as a wholly owned subsidiary while the latter partnered with a young trio of private bankers from Kotak Bank. Both these firms have now grown to be the largest and second largest (by AUA and revenue) private wealth firms. IIFL Wealth has already listed in 2019 while Edelweiss Private Wealth has recently taken a private equity investment with the intention of listing in the next 12-18 months.

The ASK group had evolved from a securities firm into a leading PMS player in the mid-2000s, setting up its private wealth division during the 2007/08 wave under Rajesh Saluja. In 2016, leading private equity firm Advent International acquired a significant minority stake in the ASK group. In 2021, Blackstone has replaced Advent.

Avendus is primarily an investment bank, setting up its private wealth division in 2010. The business has seen numerous leadership changes, with the latest being the appointment of Nitin Singh in 2020. Leading private equity firm KKR invested in the group in 2015.

Sanctum Wealth was set up in 2016 through a management buy-out of the RBS Coutts private banking business. In probably one of the only private equity investments in a pure play wealth firm, leading Indian private equity firm Multiples Alternatives invested about USD 11m in 2018 when the wealth firm had about $1bn in AUM. The business has always been led by Shiv Gupta. More recently in 2021, Xander Group has bought a stake.

Credence Family Office started in 2010 in Bangalore offering a wider range of services such as concierge and philanthropy. Again, it’s rumoured to have taken a private equity investment recently.

Soumya Rajan started Warterfield Advisors in 2011 after leaving a global private bank. The firm took a strategic investment from the single family offices of Amit and Arihant Patni in 2014.

The latest family office to launch is Cervin Family Office. Its CEO Munish Randev has been in the private wealth business for a while having worked at ABN Amro, Avendus and most recently at Waterfield.

Veteran private banker Atul Singh partnered with an Indian corporate group to launch what is now known as Validus Wealth. The firm has since changed its strategic investors.

…and yet to achieve scale

We reached out to most firms listed here for an interview. Some welcomed us, while others had to follow global or listed company protocols of not engaging with a media startup. So we have attempted to piece together the industry size and trends from the interviews we were able to get. We also accessed financial statements from the Registrar of Companies but realised that these were showing the complete picture as most firms had multiple corporate entities in the group.

Some industry leaders agree that the industry has yet to achieve scale – refer to the interviews. However, they were all optimistic about the industry prospects. 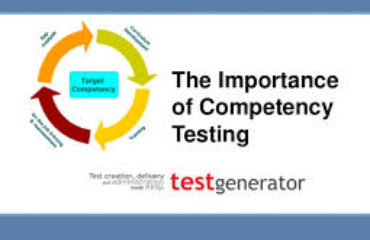 Voice of the private banker