Investing in a multi-jurisdiction maze

Wealthy families rarely have all their wealth in their home country – they tend to accumulate and invest in multiple places around the world. This means navigating a maze of regulatory and tax environments.

Indians are living and investing overseas

Wealthy Indians spend a lot of time outside of India, whether it is for business, education or leisure. They end up acquiring overseas assets too. However, this can lead to complications, especially since India still has capital controls. So they should seek expert advice.

According to Pranav Sayta from EY “with globalisation, families have shifted base to other countries; consequently more and more personal and business wealth could reside outside India. Succession of such global wealth could be even more complex considering varied rules governing inheritance and wealth in different countries. Failure to consider these levies may lead to erosion of wealth and impact the ultimate disposition of wealth to the successive generations. It is it is prudent to appropriately structure and put in place the succession plan in order to meet the desired objectives.

“One should declare ones status,” said Haribhakti of DH Consultants, for three purposes, first for ones citizenship. Second is for ones tax affairs he said. And the third, he added is for one’s ability to hold assets where he gave examples of some countries which have complete freedom to own assets anywhere from ones wealth.

According to Haribhakti one would have to study all the relevant regulations and treaties of the different countries involved to make determinations on what happens. It is very important to know the exact import of double tax avoidance treaties and related factors because if there is one nation in which one has assets which has an  estate duty or death tax and another which doesn’t then there are planning opportunities as to how does one move he explained.

“People holding overseas assets must ensure that the settlement in trust of overseas assets complies with the laws of the country where the assets are located. Assets owned by NRIs and foreign citizens in India may be settled in trust for beneficiaries who are not resident in India subject to the foreign exchange laws in India,” says Maylou Bilawala of Wadia Gandhy.

Indian experts offer advice on overseas holdings, usually in partnership with local firms of the overseas jurisdiction. Dr Angelos Vernandos of Heritage points out that “we have been servicing the Indian market including NRIs for more than 10 years through our offices both in Singapore and Hong Kong, historically by clients or their advisors visiting us. However, in recent years we have become more proactive, and particularly since Singapore signed a very attractive double tax agreement with India, so we now travel to India to see advisors such as lawyers and accountants and also to speak at various conferences usually held in Mumbai and Delhi.

NRIs holding assets in India and all over world

According to Shefali Goradia of BMR, “If you have any non resident in your family, you will be more disposed towards setting up the trust outside India. If all the assets and the beneficiaries are in India, then there is no reason to set up a trust outside India.”

According to Armando Roselli of RBS about 10-15 years ago one would have seen a NRI with a simple setup. “Now, one will have the NRI with the second generation involved, maybe independently getting wealthy, living in 5-6 different jurisdictions, living with property and assets and with liabilities in different places.” They tend to bring in the expertise if required or work on the cases in house.  If it means that it’s not something that they can source in India because it needs a non Indian structure then if tax rules or other regulatory rules allow it then solutions will be offered from suitable jurisdictions.

Ashivini Chopra of Universal Trustees cites an example of an Indian citizen but US resident, whose parents may substantial real estate holdings that they may not want to dispose of. The son would have very little time to take probates, do the transfers to ensure titles are clear and make sure everything is properly managed.  He may have children of his own, whom he may want to leave the property. However, there is an estate duty implication in the US. Further, if estate duty is imposed in India, the US resident may have pay estate duty on the transfer and then the son would have to pay estate duty.

In these circumstances, Chopra would suggest setting up a trust as as a revocable trust, so that during his life the US resident son has full control of assets. Also, the tax impact and stamp duty impact is very negligible while providing for an independent corporate trustee so his son need not bother with transfer of assets, transfer of control, everything is automatically managed. The structure also gives the son the flexibility in case he wants to hold the assets for the benefit of his children.

The structure also helps with the lifetime gift limit in the US. Let’s say the apartment in Napean Sea Road which is worth INR 100 crores, (~US$ 16.6 million).Without the trust, the son and his wife would exhaust their lifetime gift allowance for estate duty purpose in the US. But if the trust was set up for the benefit of their children and grandchildren,they’ve saved that duty and the assets are free to be transferred by using the lifetime gift limit.

Chopra says, “Indian families are quite global. It’s rare to not have least one branch overseas. Each country has a different issue. For example, if you have got a daughter who is married to a French national, it throws up a challenge as French Government has negative taxation on use of trusts. So if you have to plan for such an Individual, an Indian trust may not be the answer, and we’ll need to consider that, and probably use a Netherlands foundation or another similar structure.This is especially important because under the French Law, depending on how one got married, fifty percent of the assets belong to the spouse. Similar planning has to be done for all the countries where the family has an exposure.”

Rather than having ownership of assets scattered throughout the world, families like structuring them through financial centres.

According to Nishith Desai, “the use of offshore structures is internationally widespread amongst HNIs and ultra HNIs. The key drivers that promotes the use of offshore structures are tax reduction, better asset protection and asset preservation, balancing global portfolios, maintaining confidentiality, philanthropy, addressing the issue of different probate and succession rules, e.g. helping avoiding forced inheritance or community property laws.”

According to Desai, the Foreign Exchange Management Act, 2000 (FEMA) permits the establishment of offshore trusts by Indian individual residents. An NRI can also contribute funds from his India-sourced funds to an existing private Indian family trust or settle an Indian trust for their Indian resident relatives.

The ever-growing HNI population continues to create demand for wealth structuring in places that can offer lowtax and low costs, and which provide confidentiality of ownership. So the jurisdictions that have acknowledged these requirements – and have opted for comprehensive regulation, and confidentiality rather than secrecy – will continue to exist.

Other requirements include having a robust legal system with modern laws and good courts. And also an attractive – and simple – tax system. That may involve having a network of double taxation agreements that will help to limit withholding taxes.

Financial centres can be onshore or offshore. Indeed, the old distinction between onshore and offshore is fading. The traditional definition of an offshore centre referred to places like British Virgin Islands (BVI), Jersey and Guernsey. But Singapore, Hong Kong and New Zealand – traditionally viewed as onshore centres – are now offering very similar services and vehicles for HNW individuals.

According to the report, Cayman Islands and BVI are so entrenched, their structures and services so well known and well used , that it would take a massive shift in client sentiment to displace them.

Singapore emerging as a preferred destination

Wealth planners say they are seeing a lot more interest in Singapore trusts than offshore structures.  After updating its trust law in 2004, and again more recently, there have been fervent efforts from the Monetary Authority of Singapore (MAS) to ensure all financial institutions’ accounts are fully tax compliant. This has appealed to an increasing number of wealthy individuals – while in the past these clients might have preferred to do their structuring in countries with fewer regulations, more recently they have been gravitating towards jurisdictions with an untarnished reputation

Singapore’s growing status in the industry is confirmation of the mid shore theory. The respondents of the Offshore 2020 survey named Singapore and Hong Kong as the up-coming jurisdictions. Location, regulation, strength and flexibility of the financial sector and good DTA networks were among the reasons cited.

According to Desai, “One of the primary concerns of wealth planning is in relation to tax. It is necessary to adequately weigh the pros and cons of the plan with regard to taxation. Before entering into a plan the client analyses whether he would be able to retain effective control over the asset after the tax planning, whether the structure that he is setting up is tax efficient and would be flexible to the changes in law. Another concern that the client may have regarding the structure is whether he will be able to manage it and if not, what would be the consequences of the plan going awry and also what method should be employed to handle the situation if GAAR is invoked.”

India gives due regard to private international law. In the case of intestate succession, inheritance of movable property is governed by the law of the deceased’s domicile. For inheritance of immovable property, it is the law of the property’s situs. Hence, on the demise of a foreign citizen domiciled in India or an Indian citizen domiciled abroad, the following rules will be applicable:

Appropriate Indian law will govern and take precedence if the foreign law of the foreign decedent refers the inheritance issues to India (i.e. place where his/her estate is situated), lex fori will govern immovable assets situated in India. The law of domicile or nationality does not have any application with regard to administration of estates, which are completely governed by the law lex situs. The rule is different for Movable assets which are governed by the law of domicile. However, Indian courts do not recognise a foreign administrator for any assts of the deceased situated in India.

According to Desai, “In the case of restructuring, one needs to essentially be aware of other taxes such as stamp duties, probate taxes, service tax, transfer and capital gains taxes etc. More importantly in cross border transactions, a person has to be responsive to the unavailability of foreign tax credits, state level income taxes, exit taxes (US imposing a certain kind of capital gains tax on citizens and long term green card holders who give up the same), double inheritance tax etc.” 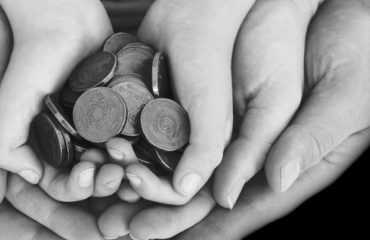