Credit rating agencies have been criticized for their role in the 2007 sub-prime crisis, which led to the global financial crisis, but it wasn’t until a recent lawsuit exposed their internal emails that it became clear to what extent they were responsible.

While the global financial crisis can’t be blamed on any one in particular, there was widespread criticism for the role that credit rating agencies played in the credit bubble preceding it. After all, these agencies had assigned AAA ratings to collaterised debt obligations (CDOs) that collapsed a month later. Yet they were able to get away for years after the crisis, with the argument that credit ratings were just opinions…and opinions can turn out to be wrong.

However, expert opinions are not just like restaurant star ratings – they need to be backed by a credible process and reliable data. And the provider needs to manage their conflicts of interest, according to the lead prosecutor of the lawsuit by a group of institutional investors against Standard & Poor’s, Moody’s and Morgan Stanley in 2013. Dan Drosman, partner at Robbins Geller Redman & Dowd LLD, the San-Diego based law firm, who represented the investors, shared some of the learning at a CFA Institute briefing in 2014.

AAA ratings signify that the instrument can withstand an impact equivalent of an economic depression, with the principal remaining intact. But in 2007, CDOs with US sub-prime mortgage loans as underlying collateral, that were assigned AAA ratings did not last even for a month after the implosion of the credit market.

The implosion froze credit markets across the globally. Asian banks had exposures of around US$23.2 billion to suchinstruments, of which nearly US$21 billion was written down following of the credit crisis.

Almost all of the lawsuits against rating agencies filed soon after the crisis were dismissed based on the First Amendment provisions. These provisions protect journalists – and the argument was that a bond rating is like an editorial – an opinion based on an educated guess about the future. And for the same reason that you can’t sue editorial writers, you should not sue rating agencies.

Variations of these arguments worked for rating agencies in the past. In fact, apart from a small settlement in California about 15 years ago, rating agencies have not been sued successfully. One commentator compared them to tobacco companies in the mid-1990s calling them ‘unpopular but virtually undefeated in court.’

However, Drosman’s firm filed a case in 2008 on behalf of a group of 15 institutional investors and succeeded in breaking through the rating agencies’ first amendment defence. The petitioners got access to confidential documents, including email exchanges, which ultimately were disclosed to public in 2012, and were able to establish that the ratings were given without a proper basis.

Drosman said when he took up the case he knew nothing about the mortgage-backed bonds and that complex terms like algorithms, formulas, etc were thrown at him by the rating agencies, which he did not understand. As the investigation progressed, the prosecution realised that the formulas are of no use without historical data.

No data to run rating models

Drosman pointed out that way back in 2005, a Standard & Poor’s analyst had pointed out in an internal email that there was ‘paucity of historical data’ for the rating of these sub-prime mortgage-backed bonds.

The case also had emails from Moody’s showed the rating agency urging a client to appreciate the ‘lack of relevant data backing its proposal in general and therefore, the need for a lot of reliance on interpolation.’ Another Moody’s email by one of its analyst in 2005 that said ‘…… and from looking at the numbers it is obvious that we have just stuck out proverbial finger in the air!’

Quoting from a presentation titled “The Current Reality” by S&P in April 2005, the rating agency had then admitted that the model development for rating of bonds backed by sub-prime mortgage loans was ‘somewhat ad hoc’ and that there was too much reliance on bankers with lack of consistency between quite similar transaction types. ‘We can produce a rating, but (will) have very little idea how sensitive those ratings are to market developments or model assumptions,’ the S&P presentation had stated.

“Why would the rating agencies do this? Why would they engage in this kind of conduct? The reason as usual is money,” argues Drosman. Investment banks, which put together the structured products and therefore paid the rating agencies, had applied pressure on them. This fact also became clear from the internal documentation that surfaced during the lawsuit

Rating agencies were worried about was maintaining their market share and the revenue that they get from it. “That was the big, big focus for the rating agencies,” said Drosman.

The confidential documents accessed established how competitive pressures were driving rating agencies to lower their standards.

An email from Dun & Bradstreet stated, ‘We at all times attempt to have our models proactively on the frontier between aggressive and correct.’ It went on to state, ‘We feel, as usual, that currently we are near the edge with our models and continue to have concerns that since other agencies do not seem to be able to effectively compete with us on research, analytics or service that they will turn to lowering levels further.’

An email from Dun & Bradstreet stated, ‘We at all times attempt to have our models proactively on the frontier between aggressive and correct.’ It went on to state, ‘We feel, as usual, that currently we are near the edge with our models and continue to have concerns that since other agencies do not seem to be able to effectively compete with us on research, analytics or service that they will turn to lowering levels further.’

Another email from one of the agencies called for a meeting to ‘discuss adjusting criteria for rating CDOs of real estate assets this week because of the ongoing threat of losing deals.’

Yet another stated: “Evaluator in its current state is not adequate for these deals and we have been applying makeshift solutions but are in need of a more scientific or robust solution at this point.”The mail went on to say: “If we were using Evaluator in its current state without the tweaks, we would not be rating these deals right now. As you know, if we don’t rate the CDOs (collateralised debt obligations or simply bonds backed by debt), we will lose the primary deals as well.”

Drosman felt that crux of the matter was captured in a drawing presented at an offsite which showed the dilemma of ‘to rate or not to rate’ as market share question.

He mentioned that some analysts did in fact have pangs of guilt and left the firm, but not without sending revealing internal emails that said ‘Lord, help our fucking scam…this has to be the stupidest place I have worked at.’

Drosman feels that while the government had targeted S&P, its competitor “Moody’s is equally culpable.” However, Moody’s had possibly got away because of an internal policy of not debating rating disagreements in writing.

The other issue has been the time it had taken for these documents to surface. He believes many more lawsuits may have happened had it not been for the fact that they may be time-barred – most jurisdictions allow 3 years for aggrieved parties to file.

Drosman also believes that the bigger issue of conflicts of interest has not been solved yet, but hopefully the lawsuit had triggered the debate. 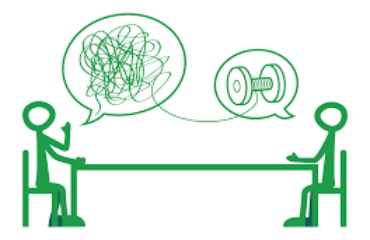 What can financial advisers call themselves? 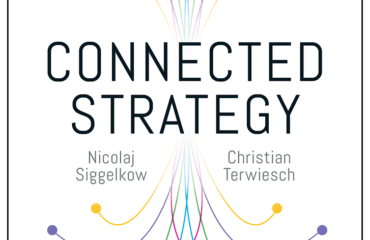