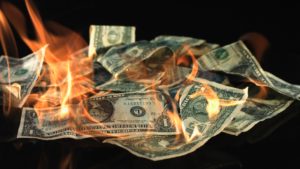 Investors sometimes play a psychological trick on themselves when they lose money, research suggests—and that mental accounting trick may help improve their investment performance.

According to Cary D. Frydman and David H. Solomon at the University of Southern California and Chicago Booth’s Samuel Hartzmark, investors who sell a losing investment often avoid the psychological pain by immediately reinvesting in another stock. By doing so, instead of thinking of the action as realizing a loss, they frame it as rolling capital into a related investment. The reference point used to compute gains and losses is linked to the amount paid for the original asset.

That mental accounting trick may help them avoid an often-made mistake. A key insight of behavioral finance is that investors, to avoid the pain of realizing a loss, fall prey to the disposition effect: they tend to be more likely to sell winners than losers. But the act of reinvesting makes investors more willing to sell a losing stock and realize a loss sooner.

“Sales occurring with a purchase have better performance, suggesting that avoiding the emotion of closing a mental account at a loss improves decisions,” the authors write.

Frydman, Solomon, and Hartzmark looked at data from 56,546 individual investors’ accounts, which had a mean portfolio size of 5.7 stocks. In addition to uncovering evidence of mental rollovers, they find that investors who do this mental accounting tend to reinvest in more volatile stocks, as they attempt to win back their original loss. If they do recover their loss, they are more likely to become risk averse and sell the stock they had rolled into.

To find out if institutional investors operate similarly, the researchers used quarterly mutual-fund transaction data from Thomson Reuters. They figured that when a fund has inflows, its managers can sell losing stocks and reinvest the proceeds—but when a fund has outflows, its managers will be forced to return proceeds from stock sales to investors and essentially close out any mental accounts. Indeed the researchers find that managers whose funds experience outflows are more likely to exhibit the disposition effect. “This suggests that even sophisticated market participants utilize mental accounting when making their decisions,” the authors write.

—
This article originally appeared in Capital Ideas, a publication of the University of Chicago (http://www.chicagobooth.edu/capideas)

No ratings yet.
Tagged under: mental accounting How to get investors to take a long-term view 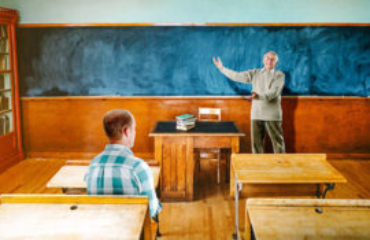 What your future self can teach you?