Everyone in finance would know about the efficient frontier… it’s a concept from Modern Portfolio Theory put forward by Harry Markowitz in the 1950s. So Markowitz is like God in the world of portfolio management. I was always curious about how Markowitz invests his own portfolio. Imagine my delight when I found the answer in a passage in Richard Thaler’s book Nudge. Apparently he said: ‘I should have computed the historic covariances of the asset classes and drawn an efficient frontier. Instead, I split my contributions fifty-fifty between bonds and equities.’

What?? How can that be? Did he not have access to excel? He could have asked his financial adviser. Or used one of the many robo-advice tools that purport to calculate efficient portfolios based on his theory in 30 seconds. I can understand a layperson being too lazy or confused by such matters, but surely Nobel prize winners can put their own theories to practice.

It turns out that really smart people are humans after all. They are as ‘irrational’ – as economists put it – as the rest of us. That is, they have the same behavioural biases as normal people. And they don’t act any different even after knowing and being educated about the biases.

So if Markowitz himself recommends a better way to think about portfolios, it must be pretty special. That’s exactly what I thought of a paper titled ‘Beyond Markowitz’ when I came across it at Wharton back in 2006. Indeed, it articulated much better what I had been thinking about – instead of trying to educate people about their behavioural flaws, what if we designed our portfolios and products around them?

I have been presenting the key themes of the paper ever since – the professional audiences usually react by shaking their heads, while the retail audiences love the simplicity. I have been lamenting the fact that the paper was a bit too technical to give out to the financial adviser community. The author Ashvin Chhabra must have received similar feedback… he has recently released a book titled ‘The Aspirational Investor’ based on the original paper. And it comes with glowing praises not only from Markowitz but other legends that anyone in finance would know well – Erik Maskin (another economics Nobel prize winner), Charles Ellis and Burton Malkiel.

The book explains that most people’s goals can be grouped in three broad areas – essential, important and aspirational. Essentials are ‘need to have’, important ones are …important, and aspirational are dreams that could catapult people to a higher level of wealth and happiness. Chhabra’s advice is that we should deal with broad ‘buckets’ in line with their importance. He suggests making a list of one’s assets and liabilities and then put them in the three buckets. Your gut-feel will guide you on the split among these buckets.

I think the concept is just brilliant! Not that I am on the selection committee for the Nobel prize, but surely Markowitz doesn’t praise any concept that has the potential to over-ride his own. At least, for real people.

The author also suggests practical ideas of doing ‘what-if’ scenarios in addition to the usual monte-carlo simulations, and many others that can keep one busy for a while.

I would certainly recommend it for financial advisers who have been lamenting the fact that their clients never share information about their whole net worth with them, let alone let them manage it. The book will give such advisers a very different way to structure the conversations with their clients. It may bring some challenges in implementing the process, but I think it’s good to make a start. 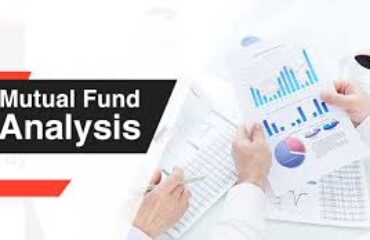 How to analyse MF portfolio and performance