McKinsey released a report ‘India’s turning point: An economic agenda to spur jobs and growth’ in August 2020. This is a summary.

A  reform agenda can be implemented in the next 12 to 18 months to pave the way for economic growth in the coming decade. With 90 million more workers in search of nonfarm jobs  by 2030, India needs to act decisively to resume its high growth path. In the high growth path, the manufacturing and  construction sectors can accelerate the most. To capture frontier opportunities, India needs to triple its number of large firms, with more than 1000 midsize and 10000 small companies scaling up. Reforms in six areas can raise productivity and  competitiveness; more than half could be implemented  rapidly via policy or law. Financial sector reforms and streamlining fiscal resources  can deliver $2.4 trillion in investment while boosting  entrepreneurship by lowering the cost of capital for enterprises by about 3.5 percentage points.

Some 90 million workers will be looking for gainful nonfarm work opportunities between now and 2030. An additional 55 million women could enter the workforce by 2030 if their long-standing under representation is at least partially corrected. Only a return to rapid and sustained GDP expansion of 8.0 to 8.5 percent annually that is fuelled by high productivity growth will enable the large-scale creation of gainful opportunities needed for these workers. Manufacturing  and construction are the two sectors that would need to amplify the most, adding 9.6  and 8.5 percent annual GDP growth and 11 million and 24 million jobs respectively from 2023 to 2030.

This report highlights opportunities available in the post- pandemic era and how India might be able to achieve them. The three growth boosters foresee an India with a stepped-up global role in both manufacturing and services, an efficient and competitive foundation for economic growth, and new ways of living and working that create value. To achieve 8.0 to 8.5 percent GDP growth, net employment, net employment would need to grow by 1.5 % per year from 2023 to 2030. In just the decade between 2005-06 and 2015-16, about 270 million people were lifted out of extreme poverty. More recently, the push to reduce multidimensional poverty by addressing basic needs holistically has also made progress: about 95 percent of households had access to electricity in 2018, up from 72 percent a decade earlier, while almost 100 % of the population had access to basic sanitation as of July 2019. The share of Indian adults with atleast one bank account has more than doubled since 2011, to 80 percent in 2017, driven by Jan- Dhan Yojana a mass financial inclusion programme.

In just the decade between 2005–06 and 2015–16, about 270 million people were lifted out of extreme poverty. Progress: about 95 percent of households had access to electricity in 2018, up from 72 percent a decade earlier, while almost 100 percent of the population had access to basic sanitation as of July 2019. The share of Indian adults with at least one bank account has more than doubled since 2011, to 80 percent in 2017, driven by Jan-Dhan Yojana, a mass financial inclusion programmed.

Among other initiatives were measures to boost capital accumulation, including through liberalization of foreign direct investment, issuance of new banking licenses to the private sector, and steep cuts in personal income tax. More recently, measures including the Aadhaar digital ID programme and the introduction of the Goods and Services Tax system marked attempts to formalize the economy. Since 2013, the country’s main demand engines—domestic private investment and global demand—have stalled. Economics, global GDP could contract by 3.5 to 8.1 percent in 2020. Our estimates suggest that the financial strain on households, MSMEs, and corporate, if unmitigated, would increase the level of nonperforming assets by seven to 14 percentage points in fiscal year 2021. These reforms may have a potential fiscal deficit impact of about 1.5 percent in fiscal year 2021.

The government also announced several long-pending structural reforms that go some way to addressing issues we raise in this report. These included allowing farmers to sell produce more freely in the agricultural sector; starting the process of privatizing power distribution companies in states and union territories; and providing more robust and portable benefits to migrant workers. India’s state governments have been given some incentive to push these reforms further, by linking additional borrowings to progress on the reform agenda.

First, India’s sectoral mix would need to move towards higher-productivity sectors that also have the potential to create more jobs. Second, and more importantly, within individual sectors, there would need to be a move towards new business models that harness global trends to drive productivity and demand. Greatest numbers of workers moving out of agriculture and increase average labor productivity at the same time. In the coming decade, manufacturing productivity has the potential to rise by about 7.5 percent per year, based on benchmarks of other outperforming economies, contributing more than one-fifth of the incremental GDP in our estimates. The lessons are twofold. First, while each state will need to find its champion sectors to propel growth, any sector can be transformed into a champion sector. Second, and more importantly, states will need to create the enabling conditions for high-productivity enterprises to flourish within sectors in order to create more competitive businesses and gainful work opportunities.

Global trends such as digitization and automation, shifting supply chains, urbanization, rising incomes and demographic shifts, and a greater focus on sustainability, health, and safety are accelerating or assuming a new significance in the wake of the pandemic. For India, they could manifest as three growth boosters that become the hallmarks of the post-pandemic economy. Within these three growth boosters we find 43 potential business opportunities that could create about $2.5 trillion of economic value in 2030 and support 112 million jobs, or about 30 percent of the nonfarm workforce in 2030. India’s share of exports in the sectors is 1.5 percent of the global total, while its share of imports is 2.3 percent. Agricultural products accounted for 8.5 percent of global trade in 2018, but measured by net exports, India has less than 1 percent share of this market. The preventive healthcare and wellness market could grow from about $17 billion in 2020 to about $60 billion in 2030, driven by rising per capita preventive healthcare expense, in line with other emerging economies. The number of medical tourists alone could rise 4.5 times. High-quality infrastructure and services could attract some 50 million foreign tourists in 2030.

Companies, rationalization of tariffs, and digitized power infrastructure could reduce power tariffs to the commercial and industrial (C&I) segment of power consumers by 25-30%. We estimate the potential annual economic value from e-governance to be at least $65 billion by 2030, improving the productivity of the public administrative workforce by about 15 percent and creating other wide-ranging productivity benefits to the economy. Indian businesses can create economic value of about $635 billion by 2030 if they tap into the shifting preferences of Indians aspiring to a higher standard of living. Higher-quality urban environments, cleaner air and water, more convenience-based services, ideas could generate $195 billion in economic value in 2030 and support about 30 million jobs, for average yearly investments of $75 billion.

India’s share of traditional trade is high relative to peers at about 85 percent, while its modern trade and e-commerce segments account for only 10 percent and 5 percent of total gross merchandise value, respectively. Such steps would generate $125 billion in economic value by 2030 and lift the productivity of 5.1 million storekeepers in the fragmented retail sector and workers in the e-commerce sector.

Large firms with annual revenues exceeding $500 million not only help boost GDP and productivity but also act as catalysts for change—driving exports, investing in job training, and paying higher wages, among other factors. About 600 such firms their labor productivity is 11 times higher than that of the overall economy. They are 2.3 times more productive than midsize firms (revenues between $40 million and $500 million), and their profitability is 1.2 times greater. They account for almost 40 percent of total exports and employ 20 percent of the direct formal workforce. Large Indian firms contributed revenues equivalent to 48 percent of nominal GDP in 2018.

Large firms on average contribute 1.5 to 1.6 times more in other outperforming emerging economies, including China, Malaysia, and Thailand—and 3.5 times more in South Korea. The upward mobility of small and midsize firms matters because it influences the degree of competitive pressure to which large firms are subjected. The higher such pressure, or contestability, the greater the likelihood that only the most efficient and high-performing firms will survive at the below. If the reforms are successful, the number of large firms in India could more than triple, and their revenue as a proportion of India’s GDP could rise from 48 to 70 percent—more in line with benchmark emerging economies. They could also account for about 15 million jobs in 2030.

Specific measures in key sectors can boost India’s competitiveness and raise investment in product markets. In all, we estimate that these sectors—manufacturing, construction, labor- intensive services, knowledge-intensive services, utilities and mining, and agriculture—could contribute $6.3 trillion in GDP in 2030, compared to $2.7 trillion in 2020.

The manufacturing sector has the potential to generate $1.25 trillion in GDP in 2030, more than double the $500 billion it accounted for in 2020 through  building well-functioning, port-proximate manufacturing clusters, with free-trade warehousing zones, faster approval processes, and more flexible labor laws, as China has done in its free-trade zones. A final element is select sets of incentives, which are targeted, time-bound, and conditional and reduce the cost disadvantage India faces in comparison with other outperforming emerging economies.

The construction sector has the potential to more than double its GDP to $550 billion, from $250 billion in 2020. home price to income is on average 4.3 in the eight largest cities in India, compared to less than 1.5 in a set of OECD countries.55 rationalizing stamp duties and registration fees to reduce costs to buyers and offering greater tax incentives, potentially including US-style tax deductions for mortgages up to a certain level. generate up to $95 billion in high-value agricultural exports will require a number of domestic reforms.

Agricultural Produce Marketing Committee (APMC) Act to ensure barrier-free interstate trade and amending the Essential Commodities Act (ECA) to deregulate the supply and distribution of agricultural commodities of minimum support prices could also potentially bring down the cost of commodities. Achieving the potential $125 billion in economic value by 2030 that we have identified will require a fundamental transformation of the retail landscape, with traditional models that account for more than 85 percent of sales volume giving way to a much larger share of e-commerce and modern trade. Improving supply chains, ensuring procurement scale, and enabling omnichannel and online-to-offline channels could also boost productivity. To achieve this shift, India will need a level playing field across trade formats, which would imply minimal regulatory intervention and a competitive environment with improved ease of doing business.

India’s potential to increase access to quality healthcare and attract medical tourism will require ramped-up spending and investment productivity by enabling new business models, including telemedicine that makes more effective use of human resources along the healthcare value affordable prices to private developers. districts. Finally, the process of land acquisition for industrial use could be significantly eased. government could consider reviewing the various laws on the books and examine options to improve labor market flexibility. regulations. Enhanced labor flexibility and lower cost of labor compliance would need to be paired with measures to reinforce income security in case of unemployment.

Privatization could be carried out through a combination of public equity issuance or shares sale on the stock market, divestiture to a strategic investor, or employee participation in equity, with the purpose of reducing the government stake below 50 percent. The country rose from 130th overall in 2016 to 63rd in 2020 and earned a citation as one of the ten economies that had made the most improvement across three or more dimensions. An “e-governance for business” mission at the state government level would be required to improve the ease of doing business at the local level across a large number of cities and towns within each state.

This summary was prepared by Dishant Savla.

Hidden risks and opportunities in India 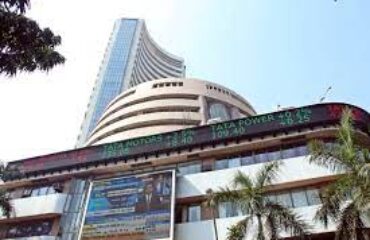